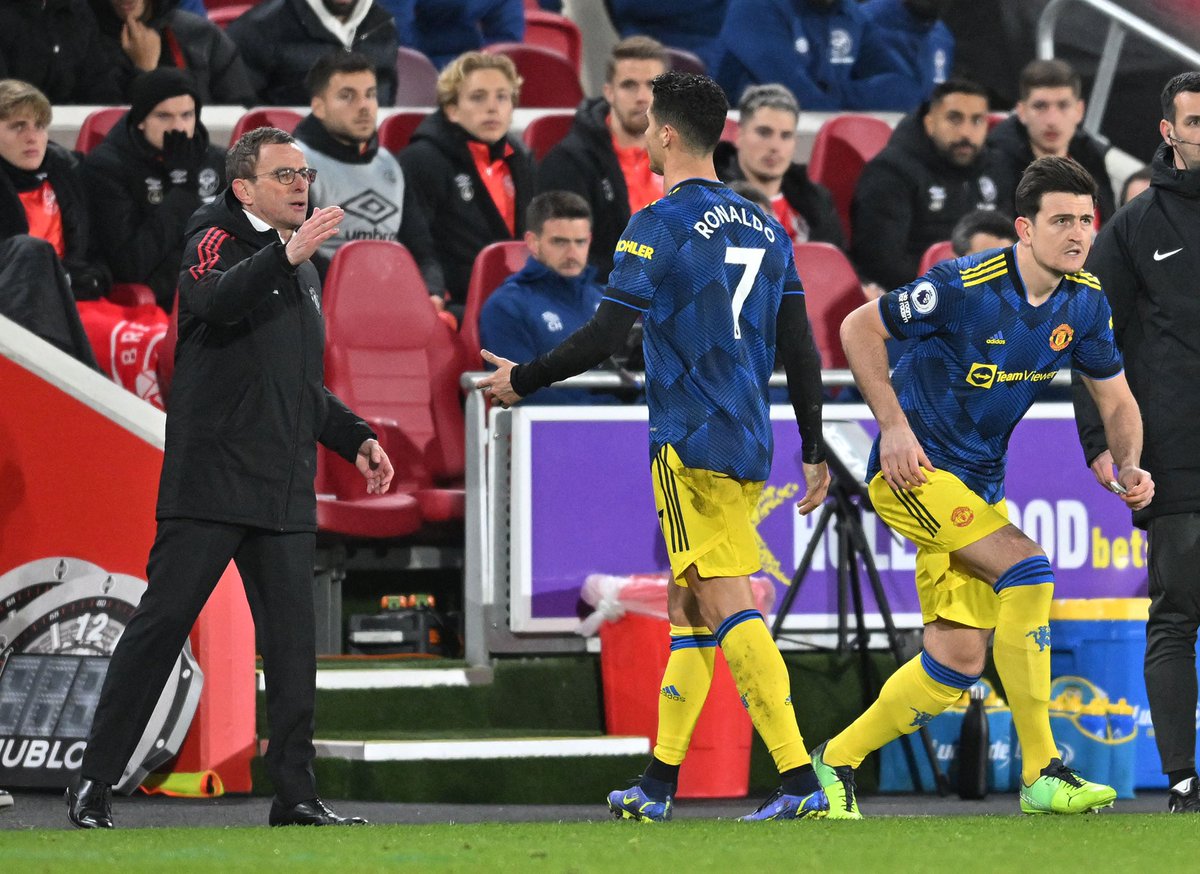 In his pre-match press conference on Friday ahead of the Premier League clash at the home of rivals Leeds United on Sunday, Rangnick told reporters that Maguire will remain as the Manchester United skipper until the end of this season at least. The German tactician was adamant that there was no division in his team.

On the back of the 2-0 home win over 10-man Brighton this week, news broke that Maguire and Ronaldo are in a power tussle at Manchester United. It was revealed that English players such as the abovementioned Maguire, Marcus Rashford and other English players are unhappy that five-time Ballon  d’Or winner Ronaldo is trying to hijack the leadership of the dressing room. Winger Rashford came out to debunk those rumours and his manager has now done same.

After a run of three games without victory in all competitions, Manchester United were able to secure victory over the Seagulls this week with goals from leading goalscorer Ronaldo and Bruno Fernandes in the second half either side of the red card given to the Brighton captain Lewis Dunk. England international Dunk will only miss the Premier League home game with Burnley this weekend after he was sent off for a professional foul on young Swede Anthony Elanga.

The home win over the Seagulls ensured that Manchester United moved above West Ham United into fourth  position. As things stand, they have two more points than the London team.

Manchester United can consolidate their position in the top four this weekend if they beat rivals and home team Leeds United.